Dog Park Safety: Tips To Keeping Your Dog Out of Harm’s Way!

As dog owners, we know the joys of having our furry companions by our side. From going for runs to catching a quick nap on the couch, they’re always there for us. But what happens when they get bored? That is where the idea of dog parks comes in!

Dog parks are great places where dogs can interact with each other and their humans outside of their homes, and most importantly, it’s fun for dogs! They love these areas because it’s a place where they can run around off-leash and socialize without any worries or restrictions.

However, as you may have guessed, there are common mistakes that can cause your pup harm or injury while at the dog park. Luckily, it turns out there are some common-sense rules that can help keep your pup safe from harm. In this blog post, we will go over the pros and cons of dog parks and ten safety tips that every dog owner should know and keep in mind!

- Why You Should Take Your Dog to the Dog Park?

Dog parks are great because they provide pups with a chance to socialize, run, and play with other dogs freely, which is especially needed for large dogs who live in apartments and don’t get enough opportunities to exercise their big energy reserves. Plus, owners get a chance to meet new people while their pet gets some much-needed exercise!

Also, more and more dog parks now have agility equipment to encourage physical exercise to help burn your dog’s pent-up energy and alleviate any anxiety or boredom that might be building up inside them, ultimately preventing undesirable behavior.

In fact, 91% of Americans believe that dog parks provide benefits to their communities.

- Why You Shouldn’t Take Your Dog to the Dog Park?

Yes, there are many advantages to bringing your furkid to dog parks, but there are some setbacks as well.

Some pet owners don’t pick up after their pets, although it’s illegal to do that in many places. That makes it difficult to enjoy an outdoor experience without being grossed out everywhere you step. The poop left behind also poses a problem since parasites and bacteria like giardia in dog waste can spread to other dogs upon contact and make them sick.

And just because it’s called a ‘dog park’ doesn’t mean that it will be safe! A dog fight could break out between dogs, or your canine may get bullied by aggressive dogs, leading to severe injury or even death. In fact, if you search online, you can find tons of reports about dogs being attacked at dog parks and died, and here’s one story that happened in Oct 2020.

There’s also a possibility that your pup could get fleas and ticks from other dogs, making them miserable. Not only that, but those parasites could also end up crawling back into your house.

Tips to Keeping Your Pup !

First of all, talk to a veterinarian about the vaccinations your dog needs and when they should be updated again before heading to the park to ensure they are safe from diseases like rabies, parvo, and distemper. Also, make sure they are not sick, so they don’t give it to other dogs or spread the disease.

A well-trained and obedient dog is easy to control. So, you would need to teach your dog the basics of obedience and master commands, like sitting, staying in place, and coming back to you when told to do so.

By teaching these skills and being mindful of the potential hazards at the park, you will be able to avoid most incidents, as you can recall your dog if things start to escalate or if a fight breaks out between other dogs. It can even help when it’s time to go home!

Choosing the right park for your dog is critical to not only their safety but also for the other people in attendance.

Look for parks with staged entrance areas and fences around the perimeter, and make sure there are no openings or holes where your pup can sneak through. The fence should also be high enough (five feet or higher) to deter them from jumping out and escaping!

Some dog parks have separate sections for small and big dogs, with a specific area being designated as off-limits to children, while others are just one section that accommodates all sizes of dogs. Be sure you know what type of park before entering! Also, be aware that some parks may allow aggressive breeds, which you should always avoid if possible.

It’s indeed easy to get overwhelmed by the sheer number of dog parks in your city, but don’t be afraid to ask around for recommendations. Asking a friend who has experience with different dog parks can help you find one that isn’t intimidating and is nice and secure.

4. Check Out the Park

After you’ve done your research about the park, head there yourself before bringing your pooch to check if it is a safe place for them.

For instance, see if there is water available? How many dogs are usually at this park on any given day? How big are the dogs that go there, and how well do they behave? Also, are there separate sections for large and small dogs?

And of course, if the park has unfriendly dogs and the owners don’t pay attention or supervise them closely, it would be best to avoid this park.

It’s better to visit the park during off-peak hours because there would be fewer chances of your dog coming into contact with aggressive dogs that only want to fight for dominance.

Besides, fewer people means fewer chances of your pooch being trampled underfoot in case they get spooked and panic from all the unfamiliar sights and sounds around them. Plus, it’s easier for you to keep track of your pup when there’s less traffic!

It’s also a good idea to exercise your dog before going to the dog park. This way, your canine is less likely to offend other dogs for being too hyper.

6. Bring the Right Equipment and Supplies

Make sure you have everything needed before you head out. You will need a harness and leash to secure your pooch while you’re on the way there and a bottle of fresh drinking water as well because it can get hot outside!

Also, don’t forget their ID tag or GPS tracker just in case they get lost. Bring an air horn or a deterrent spray too, which you will find handy if any dogs want to pick up a fight on another dog.

Have you also considered bringing treats and toys? Think twice! Because if you do, other dogs will have the opportunity to snatch them. What’s worse, some dogs may have resource guarding problems, in which they may show signs of aggression when they feel the need to defend the treat or toy, and as a result, leading to a fight.

If you must bring these items, keep them in a bag or container and store them safely inside your pocket for later use when needed.

Watch your dog closely and be mindful of other pups that approach your canine because it is not uncommon for some aggressive dogs to lunge out in an attempt to attack. If you see any signs of aggression like growling, recall your dog immediately to separate them from the aggressor.

The best way to prevent serious dog fights and ensure your pup is safe is to know when one might be about to start.

Dogs will often put on displays of aggression like snapping, baring their teeth, and staring at the other dogs to intimidate them. Some will also show pack behavior, in which multiple dogs will pick on one dog to assert dominance.

Be sure you are observant and learn to read dog body language so that you can intervene to keep things from getting out of hand.

Lastly, be a responsible pet owner and pick up after your dog. It’s crucial to keep the park clean and free of debris as everyone deserves a place where they can play without having to worry about stepping on anything unpleasant.

We hope you find these dog park safety tips helpful. With these safety precautions and strategies in place, both you and your dog will have a much better time on-site! 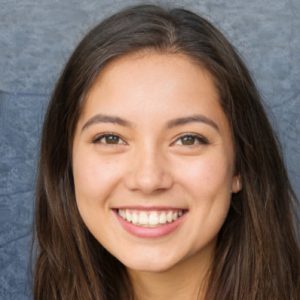 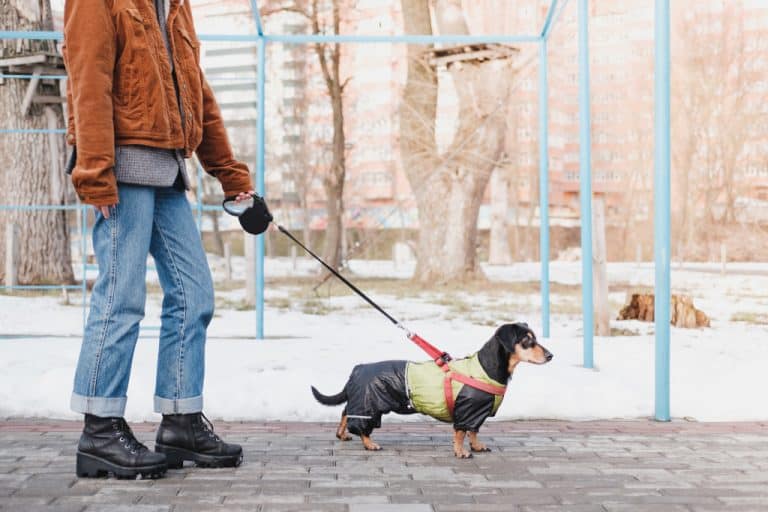 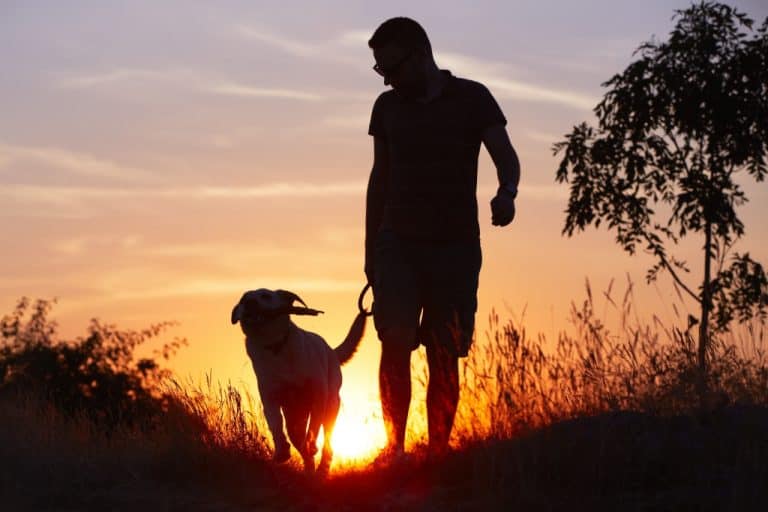 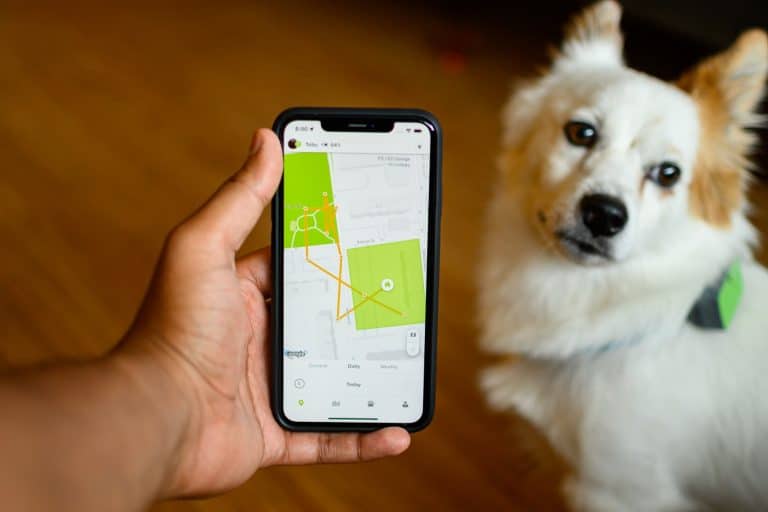