How to Protect Dogs From Ticks While Hiking

Hiking with your furry friend during the warmer months can be a lot of fun, but that also comes with the danger of ticks.

Ticks aren’t merely annoying. They can cause serious illnesses such as Lyme disease and Rocky Mountain Spotted Fever in our canine companions. So, it’s crucial to know how to protect your dog from these pests.

In this blog post, I’ll share everything you need to know about ticks, including different species of ticks, diseases they can carry, removal, and how you can safeguard your dog against these pesky parasites while on the trail.

Ticks are parasitic arachnids closely related to spiders, commonly found in forests, grasslands, bushlands, and wooded areas. They feed on the blood of their hosts, such as birds, rodents, dogs, deer, and humans, which they catch with their front legs during a period called “questing.”

Once a tick latches on your four-legged friend, it will immediately use its barbs to anchor itself in place and then slice open your dog’s skin with its knife-like mouthparts called chelicerae. It will then start feeding on your dog’s blood while secreting saliva containing an anticoagulant enzyme to keep the blood flowing.

And because ticks can carry various infectious agents such as bacteria, viruses, spirochetes, and rickettsia, they can also transmit diseases through their bites.

They will usually stay attached to their hosts from 3 to 4 days up to two weeks, depending on the species, and will drop off once engorged with blood.

Ticks are most active during warmer months between March to May and August to November. And keep in mind that ticks can survive on cold days, so you’ll need to check your dog even when the temperature drops.

5 Common Species of Ticks on Dogs

According to PestWorld, there are more than 800 species of ticks throughout the world. Of which, 90 of them can be found in the United States. However, there are only five different types of ticks commonly found on dogs. That includes:

The American Dog Tick, also known as Dermacentor variabilis or wood tick, is a member of the hard tick family and is widely spread in the eastern part of the States. It is reddish-brown with whitish-gray markings, and its size ranges between 5mm and 15mm.

The American Dog Tick is the primary carrier of RMSF (Rocky Mountain Spotted Fever), which it transmits to dogs through its bite. And they can also carry tularemia, a bacterial disease that can cause symptoms like lethargy, loss of appetite, fever, and swollen lymph nodes.

The Brown Dog Tick, also known as Rhipicephalus sanguineus or kennel tick, is another member of the hard-bodied tick family and is found in all parts of the US. It is reddish-brown, hence its name, with a size ranging between 3mm and 12mm.

The Brown Dog Tick prefers to feed on dogs over other hosts and serves as the primary vector of Rocky Mountain Spotted Fever. Plus, they can also transmit other tick-borne diseases like Canine Babesiosis and Canine Ehrlichiosis to dogs.

The Lone Star Tick, known as Amblyomma americanum, is found in the eastern and southeastern parts of the States. Like the previous two species, it is also reddish-brown but has a solitary white spot on its back (female) with a size of between 4mm and 16mm.

The Lone Star Tick is very aggressive to humans and known to be a vector of many dangerous diseases such as Heartland virus, Bourbon virus, Ehrlichiosis, tularemia, and STARI (Southern tick-associated rash illness).

The Deer Tick, also called Black-Legged tick or Ixodes scapularis, is widely found in the eastern United States. It has an orange-brown body with eight dark-colored legs and is in size of approximately 3mm.

The Deer Tick is the primary carrier of Lyme disease, which can cause symptoms like fever, loss of appetite, swollen joints, lameness, and general discomfort. Plus, they can also transmit Canine Anaplasmosis to dogs.

The Asian Longhorned Tick, also known as Haemaphysalis longicornis, is a tick species discovered in the US back in 2017. This tick is native to East and Central Asia but has reportedly been spotted in New York, New Jersey, Arkansas, Maryland, North and South Carolina, Virginia, and West Virginia.

The Asian Longhorned Tick doesn’t discriminate when choosing its hosts, in which it is equally happy to feed on humans, dogs, cats, livestock, and wildlife. Also, they can transmit several diseases through their bite, including Lyme disease, Bovine theileriosis, and Babesiosis.

What Diseases Do Ticks Carry?

The diseases ticks carry depend on the species. And the most commonly encountered types of ticks in the United States are perhaps Deer Ticks (Ixodes scapularis), responsible for Lyme disease, and American Dog Ticks (Dermacentor variabilis), which are the primary carrier of Rocky Mountain Spotted Fever.

How to Keep Ticks Off Your Pup While Hiking

Ticks are more dangerous than most people realize. They’re definitely not pranksters who crawl around your dog’s fur for fun!

Ticks can carry various illnesses that are very harmful, if not deadly, to your pup.

Luckily, there are many ways to protect your dog from ticks. With the right tools and knowledge, you’ll be able to keep those pesky pests at bay as you go hiking with your fido!

1. Use Tick Collars for Dogs

Tick collars for dogs are one of the best preventative tools that can protect your canine from ticks while hiking. Depending on which brand you choose, they contain either chemical or natural ingredients to ward off ticks.

Some tick collars for dogs can also destroy a tick’s life cycle by killing larvae before they mature into adults, thus preventing them from laying eggs that hatch into more ticks!

How long do dog tick collars usually last?
– 6 to 8 months.

2. Bathe Your Pup With a Dog Tick Shampoo

Another option is to use a dog tick shampoo when bathing your pup. These shampoos are formulated with chemicals that kill not only ticks but also their eggs. One thing to note, though, most of these products have an age restriction. So make sure you read the label carefully before you buy.

How long can dog tick shampoos stay effective?
– 2 to 4 weeks.

Just as effective, topical flea and tick treatment for dogs can repel and kill ticks before they have a chance to bite your canine friend. However, unlike the above two prevention products, you will have to apply this treatment along your dog’s back, between their shoulders, and down to their tail base.

4. Avoid Tall Grasses or Brushy Areas Where Ticks Might be Hiding Out

Ticks are most likely lurking in tall grasses and brushy areas so they can latch themselves onto anything that walks by. So you would want to avoid walking through these areas when you’re out on a hike to keep your furkid from being exposed to these blood-sucking parasites.

5. Check Your Pup for Ticks After the Hike

Being diligent and checking your dog for ticks after a hike is another way to protect them from these pests. Be sure to give them a thorough check, especially under your dog’s harness, legs, elbows, tail, around the groin, between toes, on their face, and in and around their ears, and make sure you’ve gotten all ticks off.

How to Safely Remove Ticks From Your Canine

If you spot a tick on your dog, the safest way to remove it is by using a tick key explicitly designed for this purpose. All you need to do is slide the tool under the tick’s body and get as close to the skin surface, then slowly pull it upward with steady, even pressure.

Make sure not to twist, jerk, squeeze, or crush the tick during this process, as the tick’s mouthparts might break off and remain in your dog’s skin, which may leave harmful bacteria and germs behind! And do not handle it bare hands, either.

Once you’ve done that, you can dispose of the tick either by putting it in a plastic baggie and throwing it away, flushing it down the toilet, or soaking it in rubbing alcohol. And if you suspect the tick carries a disease, put it in a container or a lidded jar and take it to your vet for testing.

Lastly, remember to disinfect the bite area and your hands with antiseptic wipes and water to ward off infection.

Ticks are not only unpleasant for humans but also dogs.

So, it’s imperative to protect your pooch from ticks while hiking. From using tick collars to spot-on flea and tick treatments, there are many options available for keeping your four-legged hiking partner safe while enjoying some time in nature together.

And remember that it’s essential to check your dog for ticks after the hike. If you find one embedded in your dog’s skin, remove it as soon as you can with a tick key to prevent or minimize the risk of them passing on diseases to your canine. 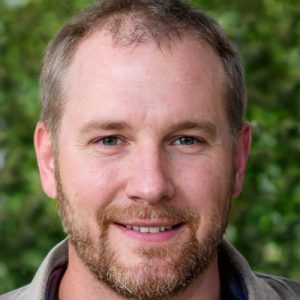 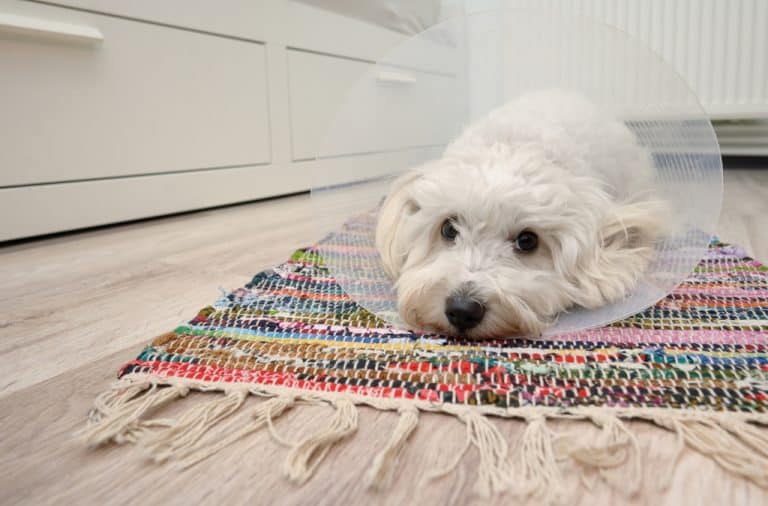 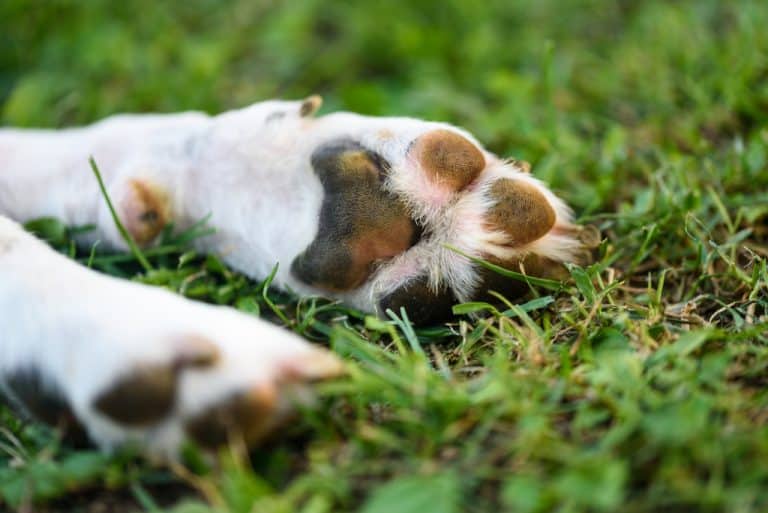 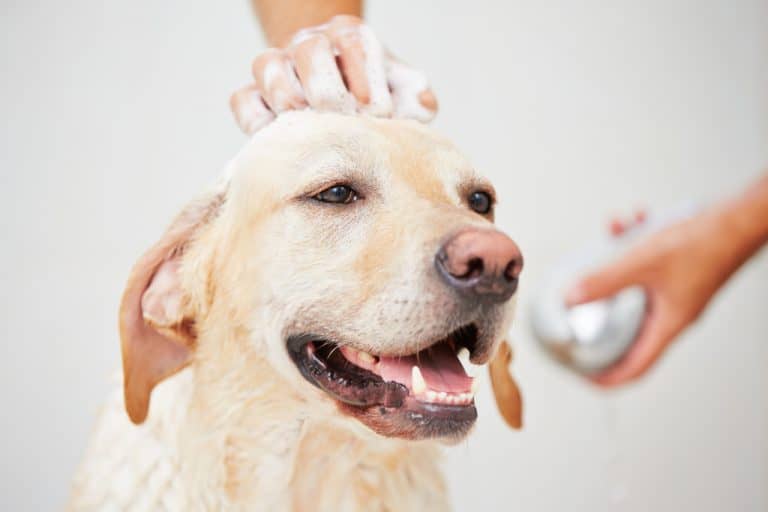